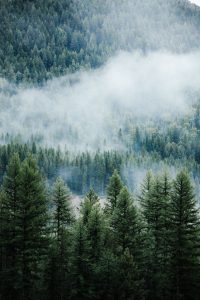 Have you tested you Natural Baltic Amber ?

Human in the real world are trying all possible ways to replicate the nature. Baltic Amber is the natural resin which contains Succinic Acid and it is known for having a variety of health benefits. But, in sake of making some money many people are producing synthetic amber which is different from the original one and has no health benefits. The History of Amber dates back to 18th Century and a group of scientists have discovered the possible ways to synthesize this natural resin. This natural resin is mainly used for Baltic Amber Jewelry and because of its natural health benefits it is priced extremely high. In sake of saving money people usually settle with the inferior or fake amber and as a result their purpose of wearing the natural resin does not get solved. So, ensure that the amber you are buying is the real one and to identify the real amber from the fake one you need to perform the below mentioned tests.

As mentioned, there are a variety of tests that you need to perform in order to identify the real amber from the fake ones. It is necessary for you to perform these tests to ensure that the amber you are buying for your Baby Amber Necklace is the real one, but not the fake amber. It is believed that the smell of the amber is peculiar and this is the effective way to distinguish between the real and the fake amber. It releases a special pine tree smell when it is burnt and you can easily differentiate it. But if you don’t want to set fire on your Baltic Amber Jewelry, then below are some of the effective tests that can help you to distinguish between the real and the fake amber.

The very first test is the visual test which needs to be done in the initial stage if you want to differentiate the real from the fake Baltic Amber. You need to understand the fact that the real beads of amber is likely to be unique from others in terms of its appearance. So, it is necessary that you visually check the imperfections in the beads like the tiny cracks or having tiny air bubbles. Always remember the fact that the shape of the amber is never round and it varies in size and shapes. Moreover, when touching the amber you must have a feeling of warmth which is not felt when you touch the fake amber.

This is another popular and effective method to identify the real Amber from the fake ones. This is the easy test to check the originality of your Baltic Amber Jewelry and to perform this test you are required to take a medium size cup of water and about 7 teaspoons of salt.

However, this method is only effective when you are testing the gemstone alone as the metal on the jewelry can make it sink. You can use this test when you have lots of beads for testing. 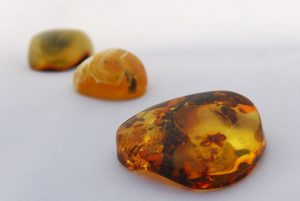 If you doubt your amber jewelry is made out of Copal, then with a simple rubbing test you can distinguish it. The real amber is known to have electrostatic properties and when you charge it significantly it has the ability to pick up the dust or the pieces of papers. To charge the gemstone you need to wrap the gemstone into a cloth and then run it for 60 seconds rigorously. Now you need to hold the charged gemstone near the strand of hair and if you see that the strand of your hair is erecting then this signifies that the gemstone is real. If the gemstone is not charged despite rigorous rubbing, then it means that the jewelry is designed with Copal but not with real Baltic Amber.

Hotel Needle Test is widely performed today by people to test the real amber from the fake one. It is the easiest way to test the real amber from the fake ones. In order to perform the test you are required to take a needle and heat it and simply push the hot needle against the stone. In the process if the hot needle went slightly into the gemstone and creates some cracks, then it signifies that it is the real amber. Moreover, in the process it will also release a unique smell like the old punged tree. Contrary to this, if the hot needle easily passes through the gemstone and it releases smell of fresh pine or plastic, then it signifies that the gemstone is not real and it is the fake one. But, performing this test has its own drawbacks, of which the most common is that it leaves behind small cracks into the gemstone and this is caused mainly by the burning.

Most of the people also distinguish the amber stone by checking its hardness. This is the easy and simple way to check if your Baltic Amber Jewelry has the real amber or the fake one. With this type of test you can easily determine whether the piece of amber is genuine or the fake one. The real amber is relatively softer as compared to the other gemstone. The fake amber stones are either super harder or offer you with the plastic feeling. You simply need to take few of the beads on your palm and try to press it gradually. You can also press them between your index finger and thumb. If you get the softness feeling, then it is the real amber and if it gives plastic and hard feel, then it is considered to be the fake amber.

This is the most effective test that anyone can perform in order to distinguish between the natural resin and the fake amber. With the scent test one can easily make out whether their Baby Amber Necklace is designed with real amber or fake amber is used for the jewelry. But to successfully perform this test you need to be accustomed with the real smell of Baltic Amber and Copal. The scent of the real and genuine amber is stronger as compared to the Copal. If it is not Copal and other types of fake gemstone is used it will offer you a fake plastic smell once you start heating the beads.

So, these were some of the test that you can perform in order to distinguish between real and the fake Baltic Amber. When you are in the market of Baltic Amber Jewelry to purchase your first jewelry you must ensure performing these test in order to ensure that you are getting the real amber and not the fake one.