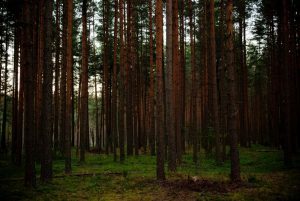 Amber is basically a gemstone that is used today for designing a variety of ornaments. However, amber is not a stone in nature; instead it is amorphous fossilized tree sap which comes from a fossilized resin that lived about ten million years ago in trees. The resin is actually golden orange or golden yellow color and it ranges from semi translucent to complete transparent. This resin can be dyed in a variety of colors. Baltic Amber was the first gemstone that was used for personal ornaments and adornment. You will find many remains from the Stone Age that was designed with pieces of real amber. This gives us a hint that it was in use for many centuries. This gemstone was used as talismans and amulets many years ago during the ancient Greeks. The hardness scale of the stone is 2.5 and it is reasonably workable and tenacious and the softness of the gems makes it easier to carve into any shape. Not only ornaments, but religious objects were also designed using amber since the pre-historic times and it is believed to have talismanic priorities due to which many ancient people used to bury amulets and objects made out of amber along with the dead bodies to protect them afterlife. 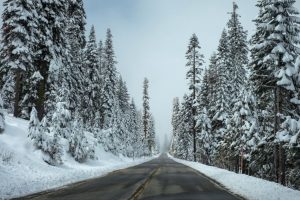 More than 45 million years ago there was a territory of present in the central and northern Europe which was referred as Fennoscandia and this territory was mainly surrounded by amber forest which stretched from Caspian Sea to Norwegian Coast before the landmass separated Europe. Amber is not actually the pine sap; instead it is the vascular tissue of the amber trees which basically emanated either during the radical climate change or injury of the tree. Some of the scientists have confirmed that some of the species are stilling growing and they are:

The scientists use a collective name of these amber producing trees and it is Pinus Succinifera and these trees produce unnaturally hug section of resin. This resin produced undergoes a variety of chemical and physical processes through eons and the final amber is produced. The amber resins found in earlier days were borne out to sea on freshwater rivers right from the mountain ranges of amber forest. The old and damaged trunks of the trees were carried to the sea from where the amber was extracted later.

The Baltic Amber has the potential to delight the eyes, whisk the soul, warm the heart and to excite the scientific imagination of the world. Amber is basically the organic plastic and it has the singular and unique ability to preserve and include the organic materials in it like the proverbial fly trapped in the honey. Approximately 40-60 million years ago the first amber was discovered and since then it was considered to be the gemstone of significance by many ancient cultures and still this gemstone is treasured both for decorative and protective qualities. Today people use to wear Baltic Amber Jewelry because it is believed to command the minds and hearts of humans. In fact, it commands the entire economics. This resin usually have insects and plant materials encapsulated and this why it is referred to be the Window of Past. According to researches, plant materials like leaf remnants and the tiny hairs form the buds of trees, leaves, spores, pollens, twigs and the popular insects are found within the capsulated gems. Till now over 200 plant species has been found in the morphological analysis of Baltic Amber.

As mentioned, Amber is basically the fossilized resin of the trees found in the ancient pine forests of Europe. These trees existed over 40-60 million years ago. The resin basically seeped out of the wounds of the tree when it is damaged or it eventually died. The resin seeping out of the tree finally ends up on floors of the forest which was then collected. Over the years this resin hardened gradually. But the resin won’t convert into Baltic Amber until it is preserved for over one million years.

The Baltic Amber Jewelry is designed using the real amber gemstone and the color of the gems varies from milky white to golden dark brown. It can also be reddish or orange color. They are translucent in appearance with sparkling pockets of air inside and some of the gems are opaque. This actually depends on the origination of amber and the condition under which the amber gems was treated and formed. 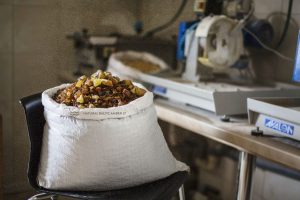 Baltic Amber was the first of its kind gemstone which has gained recognition and the only gem to be found in Denmark. Right from the Stone Age to the Viking era, this gemstone was in use in Denmark and the entire prehistoric Europe agreed to the fact that this gemstone has something in special. This gemstone was named as the Nordic Gold by the ancient Greeks and many valuable pieces of jewelries were designed using this gemstone. It was also used in ancient time as a symbol of payment. According to the historians, Amber was the first successful export venture for the Scandinavia. Ancient Greeks also discovered that the Baltic Amber has the potential to produce static electricity with rigorous friction and it was termed as electron. This is how the modern terms electricity was invented.

Since many years, Amber has been cherished by many folks for its unique warm glow, beauty and individuality. The Baltic Amber Jewelry has its own aura which is believed to bring happiness, prosperity and health. In ancient times, people used to exchange gifts made out of amber and they believed that exchange items and items made out of Amber brings good fortune. Still, a gift made out of amber is considered to be the effective way to express the real feelings and appreciation for the recipient’s beautiful and natural persona.

Romans used to call Amber as Amber Succinum because they believed that it was derived from tree sap. This organic plastic was also in use in the Neolithic times and it was used as the ornamental items. Sacred to the Sun God called Apollo, this ancient resin was actually thought to be the congealed sunlight and it was considered as the tears for the Vikings and Greeks and the tears over death of Phaeton.

The Baltic Amber is also used for medicinal purposes because it has medicinal properties too. It imitates the synthetic resin, plastic and glass. This ancient resin has lower density and it is very soft and hence it is easy crave into any shape and design to create Baltic Amber Jewelry. Amber is low in density and hence it softens easily and start decomposing at 150 degree and when it starts decomposing it releases a scent like the resin in the pine tree. This resin is in use for many years in Arab, West and Far East for carved figurines, items, brooches, perfumes, pipe pieces and cigarette holders. The amber used in the items usually brings emotional and mental strength and hence it is very high in demand.